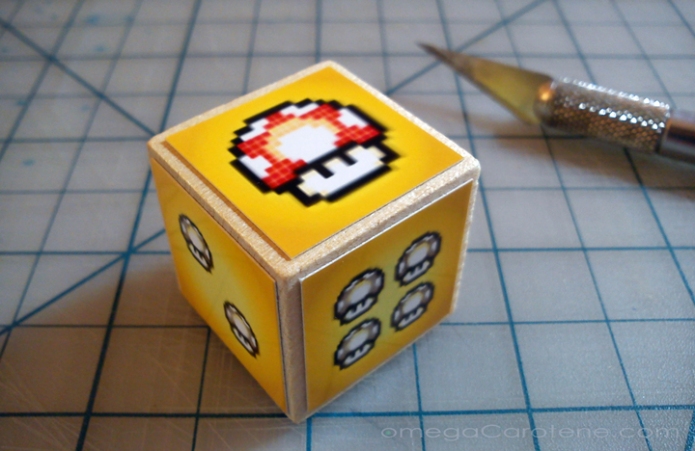 At this weekend’s Fillmore Jazz Festival in SF (san francisco), i was pleasantly surprised n delighted (and grateful) that the very first pair of my handmade [shroom-Dice赤い] had been bought!
(and now also available for purchase on Etsy HERE~)
Unfortunately, as i’d not gotten quite enough sleep the two nights prior, i lacked the time nor energy to make another pair in time for Sunday’s day2 of the Jazz Fest.  Still, i wonder if the dice have already be played with (it has not yet been 24hr.―since the sale was made―as of this initial writing on july 3rd, Sun.), or if they simply adorn someone’s shelf or coffee table, adding just that bit more of geeky-coolness to their room or game-den?

It’s a tricky thing, finding a nice (and hopefully profitable) balance between designing what one personally likes and what will likely sell.  People may like your artwork, but do they like it enough to part with their own hard-earned cash for it?  Does one’s artwork and/or craft speak to someone and their interests enough that they might choose it over the creative manifestations of other artists & designers around the world, or pick that delightful bit of geek-chic over something more practical, like a delicious Vietnamese banh-mi sandwich that can offer one sustenance?

3 votes for the “combination” type sandwich! (pate, headcheese, plus the usual pickled vegetables + fresh sliced cucumber and green jalapeno peppers…or are they habanero?  yum, nevertheless~)
For my next batch of dice, i’m planning on adding a 1up shroom (the green variety) to make the pair more colorful.  I wonder what other designs might make for cool dice?

There was a Lord of the Rings Trilogy edition Monopoly that i’d bought some ten-plus years ago which included a die (in a pair) that featured an “Eye of Sauron” in the place of the “1”; this introduced a new LoTR-themed twist to the gameplay.  Every time that the Eye is rolled in the normal course of a game, a special One Ring token is advanced one space on the board (progressing from Hobbiton to Mount Doom throughout the course of a game); when a player lands on an unsold property upon which the One Ring is located, she or he has the option to purchase the property for half the original price; conversely, if a player lands on a property with the ring that is already owned, she/he has to pay the owner double rent.  I’d once landed on the Dark Tower of Barad-dûr (analogous Park Place) which had a few houses already built on it plus the One Ring…and was bankrupted immediately.  oh, the treachery of the Precious.  Good times.  ( LoTR Trilogy Monopoly wikia ) 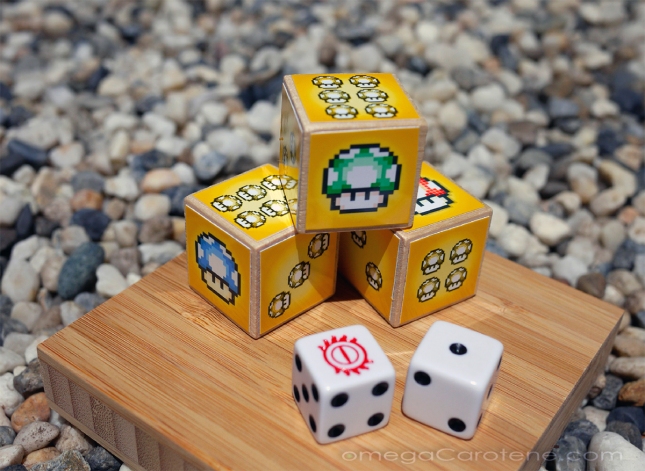 So this mention of “probability” in this post’s title: what’s that all about, aside from geeky dices?   Let’s say, as an analogy of sorts, that we have the numbers 1~50, with each number representing one aspect of nerdery, pop culture, and other things that people like: 1. MegaMan, 2. Zelda, 3. Psylocke, 4. bacon, 5. San Francisco, 6. Majora’s Mask, 7. Doctor Who, 8. Spelunky, 9. cactus…and so on and so forth.  So if one were to have a random person off the street roll a 6-sided die and a 50-sided die each 10 times, with which die would that person be more likely to hit a number that they like, or… what was i talking about now?

Dodecahedron die (12-sided)?  I don’t quite see myself trying to tackle making one of those anytime soon, but ya never know…       >[:p